Staff member
Contributor
Mexico 86 was a 5th World Cup album by Panini Figurine. It is one of those albums that remind you on your childhood. Thought it was not something extraordinary, it became quite a popular collectable.

General information :
To get more info on the content of Mexico 86 and a complete sticker album review, check out this blog post I wrote.

You can use this thread to discuss this album. If you wish to swap your Mexico 86 stickers, please go to TRADE AREA and post your lists there in the adequate topic.

In this first post I would like to present to you different versions of this collection that appeared around the globe.

This album variation is a free version of album that was available in Germany together with 2 packets inside.

It is hard to explain why this album has 1986 printed on it. After speaking with some experts and even people who used to work in Decje Novine, they told me it was probably either a miss print or a test version. Meaning that this version was not in official sale. So its pretty much a mistery. Funny thing is that I have one of these miss prints. Never seen any other, not sure how rare they are and how many were printed. Obviously front cover has 1986 printed on it as you can see, everything else is absolutely the same. Back is the same as normal YU edition.

Quite interesting and the most different album of all. Obviously front cover is entirely different.

Bellow is a list of all different sticker packets of Mexico 86 that we are aware of. Have info on any other? Please add it in the comments, and I will update the post.

YUGOSLAV (DN logo on the back, different colors)

More details about Vache Qui Rit set, can be found in this post created by Makhno.

Venezuelan stickers
Similar to the World Cup 1982 Spain album edited by Cromos Venezuelanos, stickers in Venezuelan version of album are different and considered a variation. You can see photos of this album by checking second part of this post.

Thanks everyone for contributing, if you have some more info to add, please let me know and I will gladly update this guide. You can also use this topic to chat about this collection.
Last edited: Jan 26, 2015 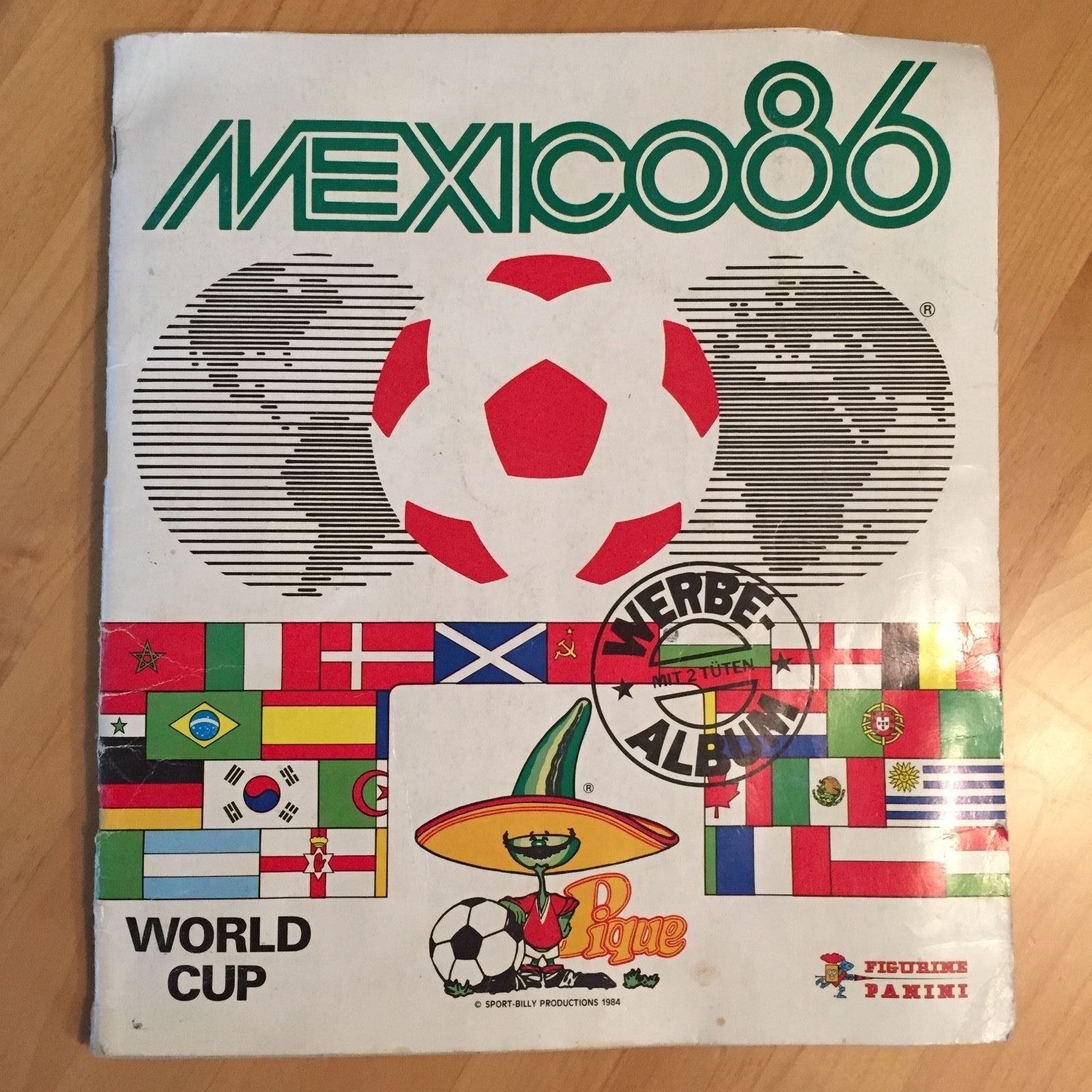 Staff member
Contributor
I have an almost empty album (1 sticker inside) from Portuguese version 2 and also had an UK version album with only 6 stickers, but I sold it... Also had a complete album in very bad shape, so I removed the stickers and put them inside a dossier with plastic pages.

Btw Pavle, Portuguese 1 is Brazilian (they say Copa Mundial, we say Campeonato do Mundo), so it would be better to change it.

Staff member
Contributor
@Danju Is that a German version?
@dantzig Thanks Carlos, I have added the info about Portuguese and Brazilian. I honestly took a guess there I knew there must be a difference in those 3. Mystery solved

Patron
yes, it´s a free version with 2 free packages inside.

Staff member
Contributor
Patron
I confirm The "Vache Qui Rit" stickers variation."Vache Qui Rit" is a famous industrial cheese brand in France. These stickers were available in the famous round box that every french child knows very well.

Here is the sticker back :

In addition with these stickers, you could order a poster from Vache Qui Rit to stick in at the end of the tournament the 2 finalist players.

Like the Spain 82 album there is a venezuelan edition for this WC 86 album edited by Cromos Venezolanos.
Stickers were different from the International edition : with number on the upper left corner and no shiny sticker.

Staff member
Contributor
@Danju I added your update to the first post. Thanks

@Makhno Linked to your post from original, since it was really well written there is no need for me to add anything further. Good job.
By the way I used to love that cheese! We had it here in the 90´s I think (maybe even today). Yuumy!

Staff member
Contributor
Patron
I found on the net a strange shiny sticker variation picture from an unknown edition from Asia. Everyone has information ?

Patron
Hi, thank you a lot for these guides. My surprise to know Danish editions. There are great!

Staff member
Contributor
Patron
Pavle, you forgot to say that some yugoslavian stickers were missprinted : the player's name is right on his shirt instead of being lower on the white frame of the sticker.

The question is : a certain amount of stickers were missprinted (like spanish players) and well known or every sticker of the album could be printed like that ?

Staff member
Contributor
Patron
I really want to know if there is a complete checklist of the "missprinted stickers" edited in former Yugoslavia (for example : all the spanish players, 12 players of Bulgaria, etc) or if every sticker of this album can possibly be missprinted. Someone who got this album edition could check with the 2 pictures I left in my former post (Spain and Bulgaria). Thanks guys !

Patron
Hi everybody. Missprinted stickers in my album are:

Thats all in my album

Staff member
Contributor
Patron
Thank you very much Toni. Do you know if there are some missprinted stickers in other FY albums of WC or Euros ?
By the way, I love your avatar !

Patron
At this moment i don't remember more stickers like these. I love Celtic and St. Pauli. Also i like Bukaneros from Rayo ValleKano!!!

Patron
does anyone kwon about these promo stickers ?

the writing on the back is very different.

Staff member
Contributor
Patron
I already saw them but don't know where they come from. We have the same problem with WC 90 stickers with similar backside and with no logo on the front side ;

Danju said:
does anyone kwon about these promo stickers ?
View attachment 2274
the writing on the back is very different.
Click to expand...

They're promo? Meaning, it's only a few of them? Never saw stickers with those backs, the only variation I saw was this one: